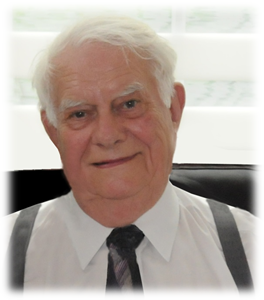 Dr. Ian R. Wetherly of Congers, NY, age 82, passed away Dec. 11, 2020 at Good Samaritan Hospital. He was born to Hetty and Reginald Wetherly in Pinner, Middlesex, UK, and spent his childhood in wartime North London. He graduated from the John Lyons School of Harrow and was accepted as a foreign student at Cornell University in 1957.  He graduated with his DVM in 1962 and returned to London where he interned at the Royal College of Veterinary Surgeons and earned his MRCVS.  In 1964 he returned to the US and 2 years later set up a solo practice in Haverstraw where he became lovingly known as "Doc" and spent 55 happy years doing what he loved the most. In addition to his own practice, he treated the native animals at the Bear Mountain Zoo on site, and was the veterinarian for the research animals in the osteoporosis and bone healing studies at Helen Hayes Hospital. Doc served on the board of the Rockland-Westchester Veterinary Society for many years and was the president from 2012-2016. He was awarded the New York State Veterinary Medical Society's Lifetime Service Award at Cornell shortly after his retirement in 2018. He loved magic shows, his sports car, the Cornell campus, and sitting by his pond feeding his fish.  When he was not at his hospital Ian loved to repair antique clocks and was an active member of the National Watch and Clock Association. He was a natural storyteller, who could put people at ease with his colorful and usually very funny tales.

He is survived by his wife, Janet Cooper-Wetherly of Congers, 4 sons and 8 grandchildren: Dr. Mark L. Wetherly, his wife Laura and son Mark A. of Marietta, GA, James P. Wetherly, his wife Rebecca and son James A. of Alexandria, VA. Geoffrey Cooper of Columbia PA, his son Devon, daughter Victoria, and their mother Deb Barbour of York PA, Gregory Cooper, his wife Keri, son Jack and daughter Erin of Marina, CA and granddaughters Sarah Wetherly  of  Lynchburg VA, and  Patricia Wetherly of Athens GA.

Due to the pandemic, funeral arrangements and internment will be private; however the family will hold a memorial service to celebrate his life at a later date. Memorial donations in Ian's memory may be made to the Veterinary Science Program, Cornell Cooperative Extension of Rockland County, 10 Patriot Hills Ln, Stony Point, NY 10980